A fair number of famous people were born in Solihull or have called the town home at some time in their lives. Here are a few. 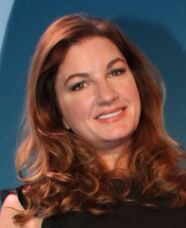 Baroness Brady is probably most well-known by the public these days for her part in the TV series The Apprentice, alongside Sir Alan Sugar.  Her sharp mind and acerbic comments put contestants in their place as she gets exasperated with their often-foolish ideas and fumbled attempts to complete tasks.

But there's far more to Karren than her role as a TV personality. Back in 1993 at the age of only 23, she became the boss of Birmingham City Football Club, the first woman in the UK to hold such a post in first-class football.  When the Club floated on the Stock Exchange in 1997, Karren became its first Managing Director. She is currently Vice Chairman of West Ham United.

As well as a proven record in football and business, Karren regularly writes for national newspapers and magazines. And under David Cameron's leadership, she became Small Business Ambassador to the Government.

Although previous residents of Knowle, Solihull, Karen and her family currently live in Knightsbridge. 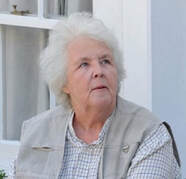 Patricia Stephanie Cole, MBE, is an all-round actress featured in films, stage, TV and radio, famous for memorable appearances in many UK favourites like Open All Hours and Doc Martin, as well as one of her most remembered roles in Tenko, as a prisoner of war in Singapore. She is a well-known face on the small screen.

Stephanie was born in 1941 in Solihull and trained at the Bristol Old Vic, honing her skills in rep around the country. 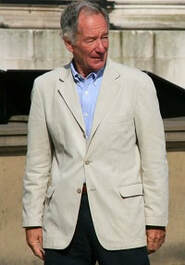 Journalist and newsreader Michael Buerk was born in Solihull in 1949.  He is credited with inspiring the famous charity Band Aid record and subsequent Live Aid concert as a result of his harrowing reports about the Ethiopian famine in 1984. Since 1980 Michael has hosted The Moral Maze, a weekly Radio 4 programme posing ethical conundrums.

In 2014 Michael Buerk appeared in I'm a Celebrity Get Me Out of Here, only to be evicted within a few days.

He is not afraid to speak his mind and has been known to make scathing comments about the state of the UK and also about the BBC - he was one of the anchormen on the BBC evening news for many years.

Unlikely fact: Before finding a career as a journalist, Buerk briefly worked as a hod carrier.